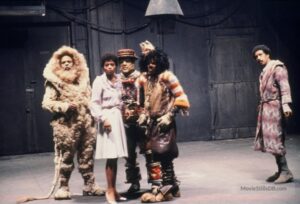 The Wiz at MoCADA’s Kid Flix Film Fest Von King Park, 670 Lafayette Ave., 6-10pm (film at 7:30), FREE. Join us at 6pm for the festival’s closing party, which always includes a Sing & Dance-Along presentation of The Wiz, a costume contest, free popcorn and live performances. Face painting by Naomi Martinez-Lampkin and ice cream from Creme & Cocoa will be on offer. About The Wiz: When Harlem schoolteacher Dorothy tries to save her dog from a storm, she’s miraculously whisked away to an urban fantasy land called Oz. Featuring Diana Ross, Richard Pryor, Michael Jackson, Nipsey Russell and Ted Ross. Directed by Sidney Lumet.

Empire, Militarization and Popular Revolt in Africa The People’s Forum, 320 W. 37th St., Manhattan, 2-5:15pm, FREE. This conversation with the Malcolm X Grassroots Movement explores the themes of imperialism, militarization, police/carceral state and resistance across the African continent. The aim is to make broader regional and transnational connections with struggles elsewhere in order to build cross-regional solidarity. Each panel will consist of short presentations to ensure time for meaningful discussion and the opportunity to share/ learn from our diverse experiences working on these themes in different contexts. MC poet Waseem is the featured guest for the open mic.

CBFS: Police Brutality, Mass Incarceration and The Liberal Establishment Schomburg Center for Research in Black Culture, 515 Malcolm X Blvd., Manhattan, 6:30-8:30pm, FREE. Killer cops, police brutality and mass incarceration are burning issues in Black America. But how did those problems develop, when did they begin and who designed them? This roundtable discussion, including Max Felker Kantor, LaShawn Harris and Naomi Murakawawill look at both liberal and conservative support for expanding criminalization and punishment during and since the Civil Rights Movement – and the long struggle to challenge police brutality alongside it.

Requests for American Sign Language (ASL) interpretation can be made by calling 212-340-0951. 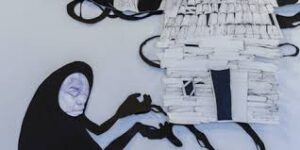 New York State Department of Labor Counseling Brooklyn Public Library Central Branch, Info Commons Room 4, 10 Grand Army Plaza, 1:30pm, FREE. Department of Labor staff will work with job seekers to connect them to resources. Get help with your job search, resume review, interviewing and networking skills. Understand how to apply for unemployment insurance (no information given on individual cases). Take advantage of DOL’s online job search tools if you have an e-mail address and an electronic resume. Seniors, veterans and those with disabilities can learn about DOL resources available to them.

Rwanda Retold: A Multimedia Art Exhibition MoCADA House, Nolan Park House 7A, Governor’s Island, 12-6pm, FREE. To commemorate the 25th Anniversary of the 1994 Genocide Against the Tutsis, emerging Rwandan artists set out to change the narrative of their country through their own creative expression. Themes of pain, healing and hope are exemplified through a diverse range of artistic mediums. Through the artists’ eyes, we see present-day Rwanda, a modern nation looking toward a bright future. Featured artists are Idi Basengo, Seleman, Fabrice Girihirwe, Bruno Iradukunda, Paul Mugisha, Franck Mabano, Angelo Kwizera, Karan Wiseman, Celine Uwineza and Remy Iradukunda. 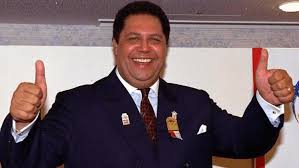 Maynard: The Man. The Politician. The Game Changer.  The City College of New York, 160 Convent Ave., 6:30-9:30pm, FREE.  Maynard Jackson, Jr. was the first Black mayor of a major southern city, Atlanta, “The Obama before Obama.” In 1968, after the assassinations of MLK Jr. and Robert Kennedy, he announced his candidacy for the Georgia U.S. Senate against known segregationist Herman Talmadge. His loss ultimately ignited a movement in the South that was started by Dr. King, then picked up by Maynard. The “enforcer” of affirmative action and voter turnout, Maynard crafted successful diversity, inclusion & engagement templates still practiced today, and transformed the reputation of Atlanta from the “Heart of the Confederate South” to a cosmopolitan world-class city. Join members of the production team for this free screening.