September 13th: Today is Primary Day in New York. It is a day that could alter the power equation in New York State. All registered voters MUST go to the polls.

Everyone knows the key protagonists in today’s Primary: Governor, Lieutenant Governor, Attorney General.  The Democrats who are running for Governor are two-term current Governor Andrew Cuomo, who has deep campaign pockets and the lion’s share of newspaper endorsements; and Cynthia Nixon, actress/mother and politics neophyte who is long on progressive ideas and short on campaign funds. There is no upset victory in the Governor’s race.

The empty-suit Lieutenant Governor’s race is a bit tricky. The Democratic combatants for LG are incumbent LG Kathie Hochul, lawyer and former US Congress member who boasts healthy campaign donations; and there is Jumaane Williams, a downstate NY City Council member who is unapologetic and his progressive creds, and who has energetic supporters but low campaign funds.   The 9/6 NY Times editorial endorsed him for LG, citing his productive record with the Council, where he passed 50 pieces of legislation, pertinent to criminal justice, housing and he has the potential to be a real reformer “who promises to call out the governor whenever necessary.”

The Attorney General’s race is too hard to call. The diverse lineup for AG is impressive and the candidates all seem eminently qualified judging from the debates. The quartet of opponents include two African-American women, a white woman and an openly gay male.

According to recent polls, African-American NYC Public Advocate Letitia James is in a statistical dead heat with Congressman Sean Patrick Maloney, whose partner adopted children, including a young Black girl, and is front and center in his TV commercials.   Is this Dante de Blasio redux?

Zephyr Teachout is a pregnant legal scholar who is running third while African-American Leecia Eve is running a distant fourth. Zephyr got an endorsement by NYC First Lady Chirlane McCray de Blasio, herself an African-American.  Whoever wins makes NYS history. It will be a first for a woman AG or the first for an openly gay male AG.

Most of the NYS Assembly members and Senators are running unopposed.

Most NYS incumbents in the Legislature have little to no anxiety except the renegade Democratic NYS Senators, the Independent Democratic Conference who caucused with the NYS Republicans, keeping their chamber more business-friendly and conservative.

Founded in 2011, the IDC was dissolved in April and they are aligned with fellow Democrats.   It is believed that all is well with the Democrats…..well, not with the voters with long memories or who are critical thinkers.   Most of the former IDC members face stiff competition in Thursday’s Primary. They are Jeff Klein, former IDC leader, who has a METOO cloud over his head; Afro-Dominican Marisol Alcantara, whose opponent is Robert Jackson, former NYC Council member; Tony Avelia; David Carlucci; African-American Brooklyn lawyer Jesse Hamilton is engaged in an ugly race with African-American lawyer Zellnor Myrie and they play dirty politics.   A white woman called the police on Hamilton while he was campaigning in front of a subway station. Two weeks ago, shots were fired into his campaign office; Queens Latino Jose Peralta; Diane Savino and David Valesky. They should all be ousted!

I want to be objective, but it is difficult. I want to see more African-Americans in the higher order of the NYS political establishment. I support Jumaane Williams for Lieutenant Governor and Letitia James for AG.

Congress members held their Primary earlier this year. We need to oust the few NY GOP Representatives, which would be good for the Democrats to recapture the House. Watch the 19th Congressional District, represented by Republican John Faso, who will have a good fight with Democratic African-American Antonio Delgado, a Rhodes Scholar and Harvard Law School graduate.

Woodie King’s New Federal Theatre, a creative platform for almost half a century, is ready to move forward with its 48th season. But there is a funding snafu. New Federal has been the finishing school for so many actors now prominent in theater, film and TV; household names like Denzel Washington, Morgan Freeman, S. Epatha Merkerson, Samuel L. Jackson and Ruben Santiago-Hudson. Owing to belt-tightening re: federal, state and city grants and funds, NEW FEDERAL has posted a GOFUNDME page to raise $25,000 to keep the stage lights on for the new season.  Visit GOFUNDME/Woodie King and make a donation ASAP.    [Visit Newfederaltheatre.org]

Congratulations to Nia Imani Jones, who was crowned Miss America 2019 on Sunday. A Miss America contestant from New York, Jones, 25, was born and raised in Winston-Salem, North Carolina. She attended the University of NC School of the Arts, where she earned a bachelor’s and master’s degree in music.   She is the first Miss America who did not have to compete in a swimsuit competition. I await the Miss America publicity blitz. 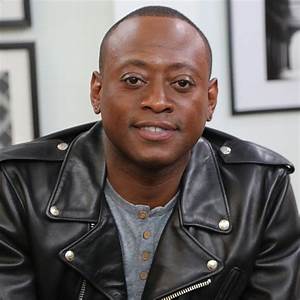