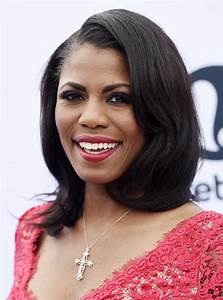 Hell hath no fury like a Black woman scorned, especially one whose name is Omarosa Manigault-Newman, the media-savvy, former reality TV star, Ph.D. candidate and heretofore, a good friend of President Trump. The only Black working in the Trump White House as his liaison to the Black community, Omarosa was doing the right thing–whatever that was– until last December when she was unceremoniously dismissed by Trump’s Chief of Staff John Kelly in the WH Situation Room.

Now, eight months later, Omarosa has penned a tell-all book, “UNHINGED: AN INSIDER’S ACCOUNT OF THE TRUMP WHITE HOUSE,” published on August 14 by Simon and Schuster.  It references President Trump as “a racist, misogynist, bigot…mentally in decline and physically unwell.” She dishes delicious dirt about things like the tanning bed in the White House. None of the book’s early preview content is new to consumers of this chaotic Trump Presidency.

During her short White House tenure, Omarosa took notes and taped talks with The Donald and his White House posse, which gives lots of credibility that her many naysayers deny. Omarosa is cut from the same mold: clever, manipulative, self-absorbed. Are we in Watergate territory? We certainly are in Hollywood territory. Hope that book is adapted to a biopix by 2020. Will Special Counsel Mueller and his team request an audience with Omarosa, who also mentions a “silence money” offer of $15,000 a month from Trump’s daughter in-law, which would be available until the 2020 reelection campaign.

“UNHINGED” will surpass Michael Wolff’s best-seller book, “FIRE AND FURY: Inside the Trump White House.”   Omarosa’s TV comments begs many questions and whets one’s appetite for the ostensible, page-turning “UNHINGED,” for which I have already requested a reviewer’s copy. “UNHINGED”, a story about White House chaos and corruption, is like an unwanted dinner guest during the year of the midterms. Trump reacted to “UNHINGED” by calling Omarosa “a dog and a lowlife.” Will Omarosa’s “UNHINGED” do to the Trump Presidency what the Woodward/Bernstein “ALL THE PRESIDENT’S MEN” did for Nixon’s?

Since May 2018, a proposed methadone center in Harlem has thrown the area into disarray. The Argus Community Group bought a $4.5 million brownstone at 730 St. Nicholas Avenue, which it planned to convert to an outpatient methadone center, amidst of a quiet residential/commercial corridor already housing a large share of programs for social service programs. The community was irate. A coalition of local stakeholders – Block Associations, the Community Board, homeowners, business groups and Manhattan Boro Prexy Gale Brewer, Assemblyman Al Taylor, Senator Brian Benjamin, to name a few–united to oppose the Argus Group. After months of heated battles, Argus was defeated upon learning that neither NYC nor NYS would issue a license to operate a methadone center. It takes a village and all of its resources to solidify its power.

Feature film production of the James Baldwin novel, “IF BEALE STREET COULD TALK,” starring KiKi Layne and Stephan James, is completed and is headed to the prestigious NY Film Festival next month. “IF BEALE STREET COULD TALK” unfolds in 1970s Harlem and centers on a young pregnant woman who fights to get her boyfriend out of prison for a crime he did not commit is directed by Barry Jenkins, director/screenwriter of “MOONLIGHT,” winner of the Oscar for Best Picture in 2017.

Jacquie Jones Memorial Scholarship Fund, a $300,000 endowment provided by the Corporation for Public Broadcasting, which honors the award-winning director and film executive to support emerging and diverse content creators and producers of nonfiction shorts, feature-length programs, Web series, 360-VR (Virtual Reality) or podcasts. The BPM, formerly known as the National Black Programming Consortium, is the nation’s only nonprofit dedicated exclusively to media content about the Global Black Experience.   Awards vary from $20,000-$100,000. September 30 is the Scholarship Fund application deadline.  [Visit BLACKPUBLICMEDIA.ORG]

A recent Time magazine item calls attention to a relationship between high blood pressure and Alzheimer’s, the most virulent expression of dementia.   Recent research supports a HBP/Alzheimer’s link.     Moreover, in dementia studies “too much emphasis is placed on treating the symptoms and not the root causes.”    Try exercise and good diet to manage normal blood pressure readings.

A recent AOL.com item identified sugar as the crystal to monitor with regard to high blood pressure. Salt was demoted as the key contributor to increased blood pressure readings. Supporting arguments abound throughout the digital universe.

A Marcus Garvey Revival with special guests Dr. Ron Daniels of the Institute of the Black World and Bertha Lewis of The Black Institute will be held on Friday, August 17 at 7 pm at 41 Clinton Avenue in Brooklyn. Moreover, Reverend Dennis Dillon will lecture on the Garvey Mandate and the Scramble for Africa. [Call 718.638.6397 or visit RiseChurchNewYork.org]