NY: The New York State gubernatorial race is already one of the most dramatic, ugly, intra-Democratic races, replete with plot twists and turns.   Two-term Governor Andrew Cuomo may find Cynthia Nixon, that it is not that easy the third time around…… keeping his day job, that is. This actress, lesbian, activist, former “Sex in The City” TV star and a fellow Democrat will oppose him in the primary.  She is cutting her teeth on elected politics, running on a progressive platform who criticizes Cuomo’s education and housing policies, for openers.    Her presence will force Cuomo to inch/lean more to the Left than his current progressive status.  Left-leaning The Citizen’s Action Group supports Nixon as the progressive. The WFP endorsement ensures a spot for Nixon on the November ballot if she loses the primary.  Nixon is friendly with Mayor de Blasio and his wife.  She was invited to visit Brooklyn sites by Borough President Eric Adams.

THE NATION:  Last month, the Brookings Institute reported that by 2045, the US would no longer be a white majority nation.  That projection, along with the two-term Obama Presidency, would explain why the Trump Administration’s plans for the 2020 Census would lead to an undercount of African-American residents. Today, 23 states have new restrictions in place for a presidential election.  Derrick Johnson, new NAACP President/CEO, says organizations want compulsory voting, abolition of voter registrationand an end to voter restrictions on the local level.   He continues: “It is less important about taking back Congress than to focus on state and local elections. There are 88 state legislative bodies that are on the ballot.  It is locally where voters have an opportunity to get rid of the bad District Attorneys and to influence spending on health and education.”

Carver Bancorp, the holding company for Carver Federal Savings Bank, named Robert W. Mooney to its Board of Directors, bringing its trustee total to 11.  Mooney retired last year from the FDIC as National Director for Minority and Community Development Banking, Division of Risk Management and Supervision.  Carver sold its Harlem headquarters at 75 West 125th Street earlier this year.     Bank relocates to the Lee Office Building on the northeast corner of 125th Street. Carver is the largest African-American and Caribbean-run bank in America.   Michael Pugh is Carver President/CEO/Director.  Robert Tarter is Carver Chairman.

The latest Forbes magazine 2018 Special Issue, “The World’s Richest People,” lists billionaires from Algeria to Zimbabwe.  Three African-Americans are among the Richest People. They are 1) Private Equity Engineer Robert Smith, who dons the magazine’s cover and discloses some secrets about his   $4.4 billion fortune; 2) Multimedia executive Oprah Winfrey boasts about $2.7 billion; and 3) Michael Jordan, former basketball legend-turned-Charlotte Hornets franchise owner who is worth $1.6 billion.

Foreign Blacks who made the WRP cut include Angola’s Isabel dos Santos, daughter of former Angola President Jose dos Santos, who is rumored to be Africa’s richest woman worth $2.6 billion;

The First Annual Kidpreneur Awards Gala 2018, “Shades of Africa,” will be held on Sunday, April 29 at the Jerry Orbach Theater, located at 210 West 50th Street, 3rdFloor or at 1627 Broadway entrance on the 3rdFloor. Event is a cocktail reception and awards ceremony.  Cosmetics mogul Vera Moore and young actor/dancer Nathaniel Logan McIntyre, who played “Lion King” on Broadway, are among the 14 honorees. The dress code is black-tie, tuxedo or formal African attire.   [Visit kidswhobank.com/ka] 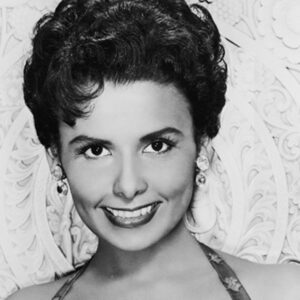 The Ellis Haizlip television era and “SOUL!,” the national PBS TV show which he conceived and  hosted, curated myriad aspects of Black Americana from 1968 to 1973 and will unspool as “MR. SOUL!” in the 2018 Tribeca Film Festival HOT DOCS series. [Visit   @mrsoulthemovie.com]

Don’t miss the documentary screening of “IN THE FACE OF WHAT WE REMEMBER IN ORAL HISTORIES OF 409 & 555 EDGECOMBE AVENUE,” which will be followed by performances at the Miller Theatre, Columbia University, on April 27 at 7 pm. Those two apartment buildings boasted some of the Black America elites like Duke Ellington, Count Basie, WEB DuBois, Paul Robeson and Lena Horne.

The 5thInternational Jazz Day in Harlem will be supported by the Jazz Foundation of America, the law firm of Lipsig, Shapey, Manus and Moverman, the NY Jazz Society and the NY Metropolitan, Martin Luther King, Jr. Center for Nonviolence will be celebrated on April 30 at the Dwyer Cultural Center, 258 St. Nicholas Avenue at 123rd Street, with performances by Bertha Hope, Terri Davis, Kim Clarke, Gene Ghee, Dr. John Mannan and Michael Flythe.

The International Independent Art Fair, a fine arts group exhibit showcasing the works of 20 artists, including Agaro Asano, Patricia Ayres, Kyoko Hamaguchi, Lily Wong and Jesse Ruis, opens on May 1 and will be housed at St. Martin’s Episcopal Church, located at 230 Lenox Avenue.  Some proceeds from the IIAF show will be allocated to the restoration of this Harlem landmark church.   [Visit iiaf.nyc]

RIP:  Winnie Mandela was honored with a state funeral and was cited an as antiapartheid icon, as the “Mother of a Nation,” and a force of nature   She was eulogized by South African President Cyril Ramaphosa.  Former S.A. Presidents Jacob Zuma and Thabo Mbeki attended the funeral service, as did the Presidents of the Republic of the Congo, Namibia and Swaziland.