Wonders never cease. Last week, President Trump had an audience with US Senator Tim Scott to discuss improving relations with Black America. Huh? Mr. President, why not speak with members of the Black Caucus.  Trump’s address to the UN was pretty bellicose. He threatened to “totally destroy North Korea”. He made some not so veiled threats to Iran and Venezuela. e threateTrump will lunch with African heads of state, in town for the UN session. Will he explain the new policy of US foreign aid to Africa, giving countries military aid in lieu of humanitarian aid. Mr. President, how about substantial aid to Caribbean countries, vanquished by Hurricane Irma? 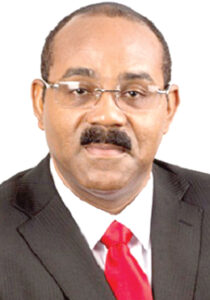 Not so for the Caribbean, but the family of islands sandwiched between the   Caribbean Sea and the Atlantic Ocean. Hurricane Irma leveled Barbuda, destroying 94% of its infrastructure and forcing Prime Minister Gaston Browne to evacuate all 1600 Barbudans to Antigua, its twin island. Donations can be made payable to the Permanent Mission of Antigua and Barbuda with memo line: Barbuda Hurricane Relief, Account at Bank of America, Acct. #2260-0525-1515. [Visit abconsulate.nyc]

Irma also wreaked havoc on the islands of St. Maarten, Anguilla, the British Virgin Islands, Puerto Rico and the American Virgin Islands. British billionaire Richard Branson, who owns an island in the BVI, said that the US, France, Britain and the Netherlands needs to develop a Marshall Plan. That makes sense. I would add that the Chinese should contribute to that plan considering their enormous financial interests throughout the Caribbean. 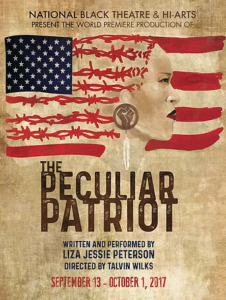 THEATER:   The National Black Theatre and Hi-Arts co-produce the world premiere of THE PECULIAR PATRIOT, a one-woman multimedia drama, an expose of the prison industrial complex, which is written and performed by Liza Jessie Peterson, that opened on September 13 to rave notices. The Harlem-based National Black Theatre was founded in 1968 by theater impresario and visionary Barbara Ann Teer. [Visit the nationalblacktheatre.org]

There will be two readings of SOMETHING TO LIVE FOR, a Broadway-bound musical about the lives of two masters of 20th century American music, Messrs. Duke Ellington and Billy Strayhorn, who will be played by Broadway marquee performers Norm Lewis and Billy Porter, respectively.

The Harlem Opera Theater, under the direction of Dr. Gregory Hopkins, presents the 2017 Vocal Competition Finals on October 22nd at 4 pm at the Church of the Intercession, located at 550 West 155th Street, Harlem. Competition is for emerging (ages 18-22) and professional (ages 23-35) classical singers. Application deadline is September 22nd. [Visit harlemoperatheater.org]

LITERATURE: Everyone’s talking about the October Atlantic Magazine piece by Ta-Nehisi Coates, “THE FIRST WHITE PRESIDENT: The Foundation of Donald Trump’s Presidency is the Negation of Barack Obama’s Legacy”. It is required reading for all students of the republic of the United States. 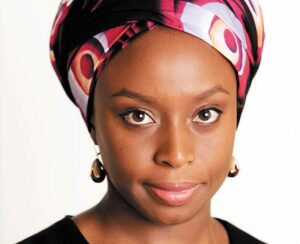 I enjoyed being transported to another world, one created by a novelist. It is the one created by Nigerian writer Chimamanda Adichi in her novel, AMERICANA. Her Nigerian protagonist Ifemelu, a woman who travels extensively from Nigeria, USA, to London, physically and culturally. Nigeria is the world that nurtured Ifemelu, a sanctuary, untethered by the slave trade and race… It is the place where family, culture and values abound and conspire to make the characters, which we grow into. In her native Nigeria or any non-Western culture where Blacks grow up where their mornings, noons and nights are not consumed by thoughts of the other 24/7. They grow up on diets of local tradition and culture. Racism intervenes when they leave their “Black” homelands. By then, hopefully, their indigenous culture trumps most evil foreign influences. 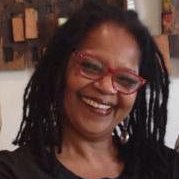 This week, New York becomes the world’s most cosmopolitan city when heads of state descend on the city to attend the 72nd Session of the United Nations General Assembly.   The UNGA’s General Debate is the platform used by heads of state to address their peers and world dignitaries to share their world views. It convenes September 19-25.

A Harlem-based management consultant, Victoria Horsford can be reached at victoriahorsford@gmail.com.