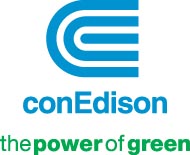 Ajamu Brown of the Bed-Stuy Eco-

In Von King Park’s northeast section along Lafayette, new gardener Marechal Brown, led the tree planting, and the children helped.  Next year, says Ms. Brown, the planting will be a tree ceremony in the park’s largest field, and Talks With Wolves will lead a huge Circle dance.  “And there will be a blessing of the ground.”
If anyone asks where’s Bedford Stuyvesant’s “green” movment, the answer is: it’s here.  The positioning is solid;  the center is not a brownfield nor a tarnished waterfront, it’s the schools (see story by Mohney on PS 3, page  4) where the community’s leaders of tomorrow – the message on the park’s welcoming sign – are being taught, trained, empowered and developed.
Nationally known as a “ground zero” for myriad afflictions, Bedford Stuyvesant, as revealed by Arbor Day 2010 at Von King Park, is now leading the way on the environment and ecology leadership-building front.  And the builders of that sustainable future are caring, compassionate and committed instructors talking about health, nature, sustenance and changing lightbulbs. And our children picking up on it.
Of note: one young student, inspired by the morning activities, left the snack line, and jumped on a stanchion.  “I want to make a speech,” he told us, stretching his arms to the sky.  He talked about the importance of “not littering” and  recycling to his peers as they eagerly accepted apples, raisins and water donated by Super Foodtown at Restoration.  By the way, not one school child — in the hundreds served — turned down the healthy food snack.

Something’s growing in Bedford Stuyvesant; something strong, sturdy and sustainable.  We’re glad to be a part of it. Photos on the cover, centerfold and this page tell the story of this Third Annual Project Green initiative.  You also can view images on Facebook.com and at www.ourtimepress.com.  Bernice Elizabeth Green